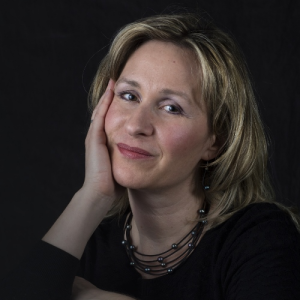 Geri grew up in Syracuse, NY, and from a very young age, knew that God had a calling on her life. At the age of 14, she attended a youth rally at an Assembly of God church, and gave her heart to Christ. The years that followed were filled with up and down times as she struggled with her calling and her ability to live a God-honoring life. Having been on stage most of her life, Geri ignored the call of God and studied drama at Syracuse University, however, after her freshman year, she knew she could no longer run from God. Geri transferred to University of Valley Forge in Phoenixville, Pa and graduated with a Bachelor of Science in Bible.

While in Bible College, Geri traveled extensively with the drama team, and knew in her heart that Christian drama was her calling. However, shortly after graduation, Geri went through a devastating divorce, and fell away from the Lord. She returned to her life of sin, and tried to forget that once she had wanted to serve Him. There is a line in a play that Geri would later write called The Story of Gomer where Gomer says, “Even through the ugliness of my sin, I had the most incredible sense of Hosea’s love for me.” This line comes from Geri’s own life, where even in her darkest hour; Jesus came to her and called her his “beautiful bride”. The call of God was still there, He loved her unconditionally, and she realized there was never anything she could ever do to make the Lord stop loving her. Geri promised in that moment that she would dedicate her time and talents to telling others that through the blood of Jesus Christ, there is “always a way back home”.

Performing on stage since the age of three, Geri studied Theater under the direction of Arthur Storch at Syracuse University. She has performed numerous roles in Comedy and Musical Theater in Upstate NY and the Nashville area, lent her voice talent in radio commercials, and taught drama and music as a fine arts preschool teacher, and at the YMCA. Most recently, she has been very instrumental in bringing Theatrical productions to the Creation Museum in Petersburg, KY. The Story of Gomer was the first ever live theater event to take place at the Museum, followed by a very successful run of an original children’s musical about Noah and the Ark called Let the Rain Come which Geri co-wrote and starred in along with singer/songwriter Buddy Davis.  Elizabeth, A Time for Truth debuted in 2009 as part of the Creation Museum’s Christmas outreach, and has continued to bless thousands of people every year. She has created numerous comedy skits including the ever popular character Erldene July Tinkleberry,  which she and her husband have used to entertain at marriage retreats and dinner theaters.

The Story of Gomer, Geri’s most memorable work, has been translated into three languages and most recently performed entirely in Mandarin by a theatre company in Taiwan.   Geri has performed Gomer in hundreds of churches, prisons, halfway houses, conferences, and theaters across the country since 2004 and has seen many people come to Christ as well as marriages healed and lives restored through the message of God’s redeeming love.

Geri and her husband Rich are parents to two awesome kids and reside in Northern KY. They are active members of First Church of Christ in Burlington.

The Story of Gomer Promo

I’m Coming For You