I will be speaking at Covington Eastside Church of the Nazarene for their Mother’s Day banquet on Saturday May 7th.  Back in my Nashville days, I co-wrote a song as a tribute to my mother Christine. The song, called A Daughter’s Prayer, got a bit of airplay back in my hometown of Syracuse, NY. Written long before I became a mother, I get kind of teary-eyed and nostalgic whenever I get to sing it, especially since my own daughter is now away at school.

We have attached the original studio recording of a Daughter’s Prayer (forgive the Disney Princess sound) and you might want to get a tissue before you hit play! 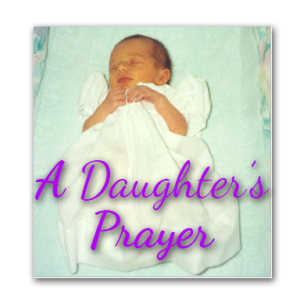 0 comments on “A Daughter’s Prayer”

This site uses Akismet to reduce spam. Learn how your comment data is processed.

The Story of Gomer Promo

I’m Coming For You